Tu navegador no está actualizado, podría no mostrar todas las características de este y otros sitios web.
Puedes Actualizarlo aquí
Science fiction has a reputation as one of the less-serious forms of literature. But then again, it's also the only genre that makes accurate predictions about the future on a regular basis.

These 10 Books Predicted (or Created) the Future 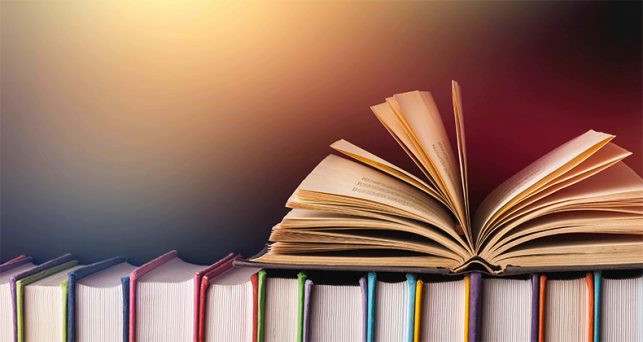 Science fiction has a reputation as one of the less-serious forms of literature. But then again, it’s also the only genre that makes accurate predictions about the future on a regular basis.

Sure, it’s not always exactly right, and sometimes it’s completely wrong (although we’re still hoping that First Contact Day is coming in 2063). Here are 10 examples of science fiction books that really did predict the future — and one or two that actually inspired the future they predicted.

Visions of the future aren’t always very cheerful — but neither is the future. In «1984,» the main characters are always working under the watchful eye of «Big Brother,» the ominously fraternal nickname given for the oppressive ruling regime. Besides being the name of one of the most popular reality shows of the past two decades, «Big Brother» has become decidedly more real in England, where video surveillance is nearly inescapable.

While «1984» predicted a future where the government strictly controlled the information that people were able to access, the 1932 novel «Brave New World» suggested that it would be easier to discourage people from pursuing that information in the first place. One of the tools in that particular dystopia’s toolkit was the mood-altering medication «Soma,» a psychiatric drug imagined before the first psychiatric drugs were ever developed. But it’s probably safe to say that psychiatric medicine wasn’t exactly the disaster that Huxley feared.

No, doctors still haven’t found a way to spit in the eye of the circle of life, but one of the achievements advanced by the hubristic doctor of Mary Shelley’s «Frankenstein» has certainly come to pass: the ability to keep an organ alive outside of the body in order to be transplanted into a new host. In 1954, doctors performed the very first organ transplant: a kidney. Fortunately, most of those doctors aren’t going to end up fleeing to the Arctic to escape their handiwork.

Like many dystopian authors, Ray Bradbury was concerned with a growing lack of interest in the world, and specifically, with the notion that self-driven education by reading would fall to the wayside. That’s the future he foretells in «Fahrenheit 451,» in which so-called «firemen» have the job of starting fires to burn books. To take the place of those lost works of literature, the people of Fahrenheit 451 lose themselves in television programs on wall-spanning screens.

You might be surprised to learn that the first flatscreens were invented in the mid-1960s, although it was much later that they would become widespread in peoples homes. The book also introduced the concept of listening to music on tiny earbuds. We can’t help but wonder what he would think of a modern reader listening to his book instead of reading it.

You know what, why don’t we throw a utopian future in here to liven things up? In «Looking Backward,» Edward Bellamy’s starry-eyed vision of the 21st century, a traveler from the late 1800s is shunted to the year 2000, where he discovers that people carry small, pocket-sized cards that automatically debit money from their accounts when they need to pay for something. The actual cards came out in 1966 but didn’t gain popularity for another 20 years or so. Pretty impressive, considering that the checkbook was only 50 years old when Bellamy wrote his book.

Okay, back to bleak visions of a dark future. In «The World Set Free,» H.G. Wells wrote of how humanity would have to start over after accidentally destroying society due to fast-paced technological development. One of the most deadly inventions was the uranium hand grenade — very much like a regular grenade, but more radioactive. Of course, Wells didn’t truly grasp the destructive power of a split atom, but that almost makes this prediction even more impressive. The actual bomb wouldn’t come into existence until U.S. scientists developed it between the years 1943 and 1945.

Tom Swift was a boy inventor who was the star of his own wildly popular series of books for kids — think Nancy Drew or the Hardy Boys, but with more steampunk. «Tom Swift and His Electric Rifle» did more than just predict the invention of the taser; it basically inspired it. In fact, the word «taser» is an acronym for «Thomas A. Swift’s Electric Rifle.» No, seriously.

Okay, so this may be more of a lucky guess than an actual prediction. After all, Mars had two moons long before Jonathan Swift wrote his most famous book, «Gulliver’s Travels.» Still, it’s a pretty impressive shot in the dark. The 1726 social satire had the astronomers of Laputa make this discovery a full 150 years before real-world astronomers did.

The works of Robert Heinlein are rife with far-reaching visions, particularly of the philosophical bent. But «Stranger in a Strange Land,» one of his best-known works, also makes a bizarrely specific prediction in 1961, about a decade before it would become commonplace: the waterbed. While the first waterbeds were made for medicinal purposes in 1833, commercial versions came about a decade after Heinlein’s book. We’re still waiting to find out if his predictions about interplanetary politics and the superhuman abilities of humans born on Mars come true.

Published in 1984, William Gibson’s «Neuromancer» technically came after the invention of the internet, but it quickly became a touchstone of those who would build it to what it is today. This was the first book that truly grasped the significance of a globe-spanning network of computers — although the ability to access such a network using only our brains is still a ways off in the future. Some six years after «Neuromancer» came out, computer scientist Tim Berners-Lee invented the World Wide Web, the most common method of accessing that network.