The Top 10 Industries For Freelancers 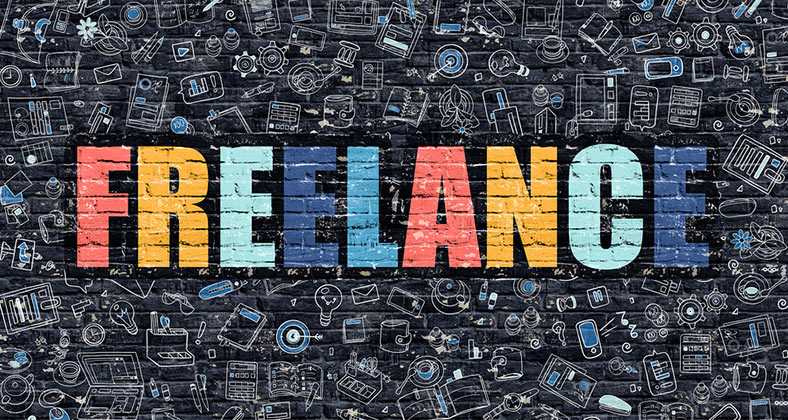 As the freelance economy continues to grow, a number of industries have emerged as top employers, and they may not be the ones you typically associate with freelancing.

The freelance economy is a diverse ecosystem filled with skilled employees of a wide variety of backgrounds. Nearly 54 million Americans are now part of this growing ecosystem, according to a study by the Freelancers Union, and a study by Intuit predicts that 40% of the American workforce will be comprised of freelancers, contractors, and temporary employees by 2020.

In exploring the current state of this economy, FlexJobs, an online marketplace that connects freelancers and employers, tracked 50 industries hiring freelancers between December 1, 2015, and March 1, 2016. They found that the top job category for freelancers is computer and IT, followed by administrative in second, and accounting and finance in third. Rounding out the top 10 is customer service, software development, medical and health, project management, research analyst, writing, and education and training.

«We’re definitely seeing the continued domination of computer and IT and software development, those are categories that are up high this year, but they’ve been in the top 10 year over year,» says Brie Reynolds, the director of online content at FlexJobs, adding that many of the other top spots represent industries that aren’t typically associated with freelancing. «Education and training always sticks out to me as a category where people don’t think they could necessarily freelance.»

«Those are the ones that people still continue to think of as the ‘traditional’ freelance jobs, but it’s really being taken over by education, HR and training, medical and health, even customer service,» she says. «The notions of what we think of as traditional freelance jobs seems to be changing.»

A GOOD TIME TO GET IN THE GAME

According to Upwork, an online marketplace that connects freelancers and employers, demand for content marketing skills is up 136% year over year. AngularJS, a JavaScript framework, rose 150%, user experience design is up 141%, WooCommerce, a direct sales platform, increased 134%, virtual assistants saw an increase of 53%, and electrical engineering jobs are up 51%.

«It’s really a great time to be a freelancer, and really exciting because businesses are moving online and increasing their appetite to hire freelancers,» says Ryan Johnson, UpWork’s director of categories. «The variety of work that you’ll get to do as a freelancer is amazing, but the value of your skills and the opportunity to have long-term relationships with clients and businesses is increasing, especially for folks who have highly sought after skills.»

When freelancers leave the traditional workplace, however, they can easily lose touch with what’s happening in their own industries. After all, freelancers don’t have the luxury of on-the-job training or managers to tell them what skills they’ll need to acquire for the future.

«The requirement of a freelancer, the skill set, the experience, is only going to increase,» says Johnson, adding that employers are increasingly looking for highly specialized skills as well as interdisciplinary skills that might be applicable in tandem, such as writing and search engine optimization. «Especially in a tech profession, when it comes to software and development, just making sure that you’re on top of the latest frameworks and skills and trained up on that is really important. There are also mediums out there that might be free, like webinars and tutorials.»

Looking further ahead, Thomas Frey, a futurist and the executive director of theDaVinci Institute, a futurist think tank, believes that as freelancing gets more competitive, freelancers will differentiate themselves by becoming leaders of highly specific niche markets.

«So you’re not just an accountant, you’re an accountant that specializes in the drone delivery market on the island of Manhattan, or something like that,» he says. «It’s partly because of competition, because people are very adaptable, and partly because each new technology a business takes on improves in sophistication over time, so businesses will actually be demanding [more specialized skills].»

For now, however, Reynolds believes that some specialization is important, but generalists are still thriving in the freelance economy.

«It’s a tricky line to walk,» she says. «You want to become specialized in some areas but also remain agile enough to be a generalist, to pick up those gigs that don’t require a specialty.»

STAYING AHEAD OF THE CURVE

Even while engaged in a project, Reynolds adds that it’s important for freelancers to keep themselves informed about the ways in which the freelance economy is evolving in their industry.

«Even if you’re actively engaged in a project and you think you’ve got your work set for the next six months, it’s good to look now at the freelance job listings to see what the requirements are,» she says. «If you start to come across job listings that you’re interested in that all of a sudden require this skill or this much knowledge in an area, it’s good to know about that ahead of time so you can start developing those skills sooner.»