Several regions of Spain, France and Italy top tourism destinations in the EU 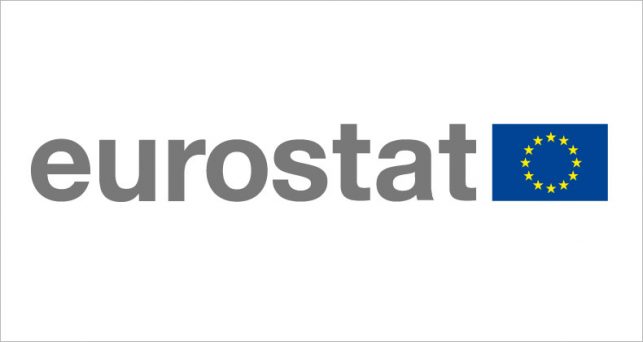 In the European Union (EU), tourism is above all an internal affair. Nearly 90% of tourism nights in the EU are spent by EU residents, meaning that tourists from outside the EU account for only around 10% of the total. And when travelling, EU residents spent almost 85% of their tourism nights within the EU, with only just over 15% in extra-EU destinations.

While several regions of Spain, Italy and France are among the most favored by tourists in the EU, the United States and Turkey appear to be the top destinations – in terms of nights spent – of EU residents when they travel outside the EU.

This information, extracted from an article published by Eurostat, the statistical office of the European Union, shows a selection of data on tourism available at Eurostat. An infographic on origins and destinations of tourists is also available on the website. 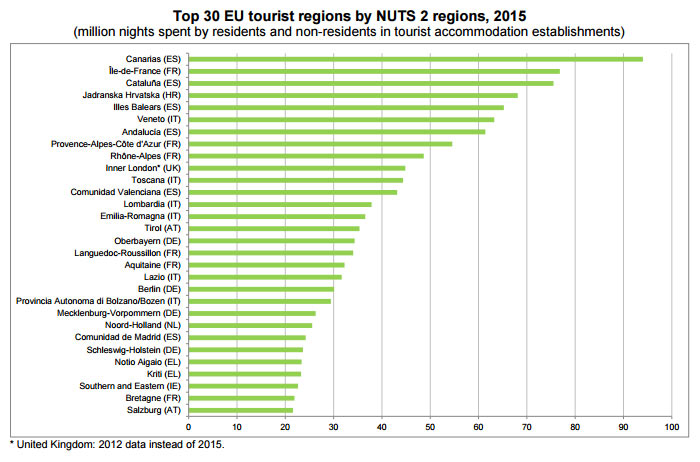 Among the top 30 tourist regions in 2015 in terms of overnight stays, six each were located in Spain (Canarias, Cataluña, Illes Balears, Andalucía, Communidad Valenciana and Communidad de Madrid), France (Île-de-France, Provence-Alpes-Côte d’Azur, Rhône-Alpes, Languedoc-Roussillon, Aquitaine and Bretagne) and Italy (Veneto, Toscana, Lombardia, Emilia-Romagna, Lazio and Provincia autonoma di Bolzano/Bozen). Furthermore, four of the top 30 EU tourist regions were in Germany (Oberbayern, Berlin, MecklenburgVorpommern and Schleswig-Holstein), two each in Greece (Notio Aigaio and Kriti) and Austria (Tirol and Salzburg), and one each in Ireland (Southern and Eastern), Croatia (Jadranska Hrvatska), the Netherlands (Noord-Holland) and the United Kingdom (Inner London) 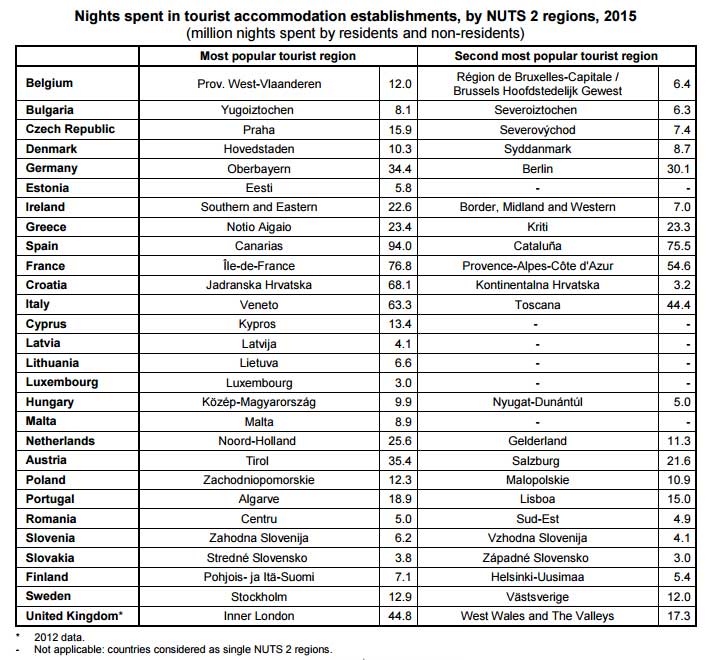