How To Respond To Negative Reviews On Facebook, Yelp, And Google 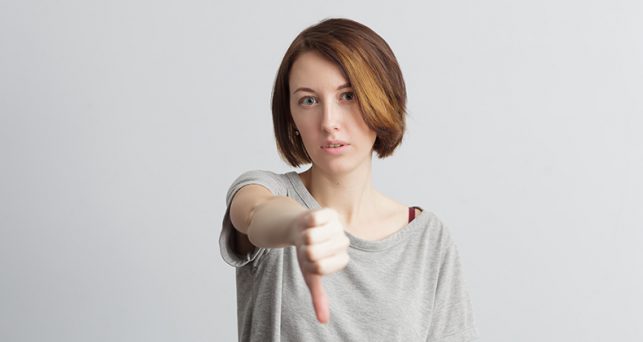 Every small business, startup, and consultant eventually gets hit with a bad review on a prominent platform. Here’s what you need to know to survive it.

Last weekend, I was visiting Portland, Oregon, home to several indie ice cream shops. As I drove up to one, I saw a line snaking around the corner. I like ice cream as much as the next person (actually, probably a bit more), but at 9 p.m. on a rainy night, I’d found the line I wouldn’t cross–figuratively or literally. I pulled up Google Maps on my phone, dropped a pin, and searched “ice cream.”

My search returned nearly a dozen options, each result showing details like star ratings, reviews, busy times, and links to articles that mentioned the business. I looked up the ratings for one of the shops and noticed a complaint with a one-star review. But beneath that I spotted the owner’s response, followed by an update by the customer, who said said the owner made things right–and updated their review to five stars. I drove straight over and grabbed an ice cream with plenty of time before the shop closed.

Bright Local’s 2017 Local Consumer Review Survey found that consumers are increasingly weighting online reviews as roughly on par with personal recommendations. Nearly a third check to see how businesses respond to reviews before deciding where to spend their cash. So while handling online reviews is just one piece of providing good customer service, every small business, startup, and independent consultant needs to get it right. Here are a few tips.

WHEN TO RESPOND AND WHAT TO SAY

Polite responses from business owners go a long way to counteracting negative reviews, but Cara Lageson, Yelp Seattle’s community director, cautions, “Don’t go through the review point by point.” All you need to do is “let them know you heard them and offer to make it right. Other people will see you as reasonable and are more inclined to give you a second chance.”

If there’s such a thing as a venerable dive bar, Seattle’s 5 Point Cafe is it. A sign at the door says, “Cheating tourists and drunks since 1929.” Owner David Meinert responds to Yelp reviews with the same tongue-in-cheek approach. “I look for general trends and specific comments,” Meinert said. “If someone says, ‘My steak was burnt and it was awful,’ that’s a legitimate concern and I contact them directly.” If new reviews share the same specific complaint, though, he notes a possible trend. Tempers sometimes run high among reviewers. (“It’s a dive bar,” he reminds me. “People get thrown out all the time.”) So Meinert always gets information from staff first, then addresses complaints with customers.

Chad Draizin, the owner of Fifty Licks, the ice cream shop where I found myself that rainy night in Portland, also makes it a habit to ask for more information. After one recent reviewer said staff weren’t attentive, he said, “I needed to figure out which shop and what time to determine who was working and talk to them.” Draizin responded on the review site and asked the customer to contact him with more detail. “I’m sorry you had that experience. If you’re willing to spend a little more time I’d like to know more,” he wrote. In this case, Draizin said, “I had to let someone go because it wasn’t the first time I had that complaint about them.” He followed up with the customer to say he’d looked into the complaint, addressed it with staff, and thanked her for the opportunity to do better, saying he hoped she’d return another time.

Both Meinert and Draizin make checking reviews a part of their daily schedule, since it gives them a daily pulse on their business and lets them get out ahead of any potential crises.

WHEN TO LET BAD REVIEWS SLIDE

Sometimes a direct response isn’t needed. “The overwhelming majority of people on the planet aren’t going to come to the 5 Point,” Meinert points out. “I want the people who like it to come.” If a review complains about drink prices, he might respond, “Bummer you thought the prices are too high. Next time, check out our happy hour menu.” The reviewer may not return, but Meinert has effectively advertised another feature of his business.

Draizin said he rarely responds when it’s clear the reviewer expected a different kind of shop. “We’re not a whipped-cream-and-sprinkles place,” he said. “When someone leaves a bad review because we’re not set up for kids, I don’t have anything constructive to say.”

Since 1996, Kate Holly-Clark of Antika Nueva has sold jewelry, soaps, and herbal ointments at local craft fairs and online. She tries to educate her customers before they purchase, especially for herbal products. “I’m upfront that there’s no silver bullet with medicinal herbs,” she says. Holly-Clark’s effort pays off since she rarely receives bad reviews, but when she does, she typically responds “just to see if I can do right by the client.”

Some of Holly-Clark’s customers have updated their reviews after she addressed complaints. In one case, however, it became clear that she couldn’t resolve the issue. She ended the dialogue, but the customer persisted. “Their messages started to become harassing,” she said, “I escalated it to the review site and they blocked the customer.” Each platform has its own process, so look at the terms of service.

If you can’t get the site to remove the negative review, encourage new reviewers. Green Pal matches property owners with lawn care professionals. CEO Brian Clayton told me a bad early review jeopardized word-of-mouth when his company launched in Nashville. When he couldn’t get the review updated or removed, Green Pal switched gears and upped its customer engagement game by sending personalized thank-you notes and chew toys for customers’ dogs. “It really wowed our customers,” said Clayton. “We received personal thank-you notes and photos on Yelp and Facebook.” That early review now looks like an anomaly.

You really can’t please everyone all the time, especially not on the internet. Bad reviews are going to happen. Respond strategically and move on.