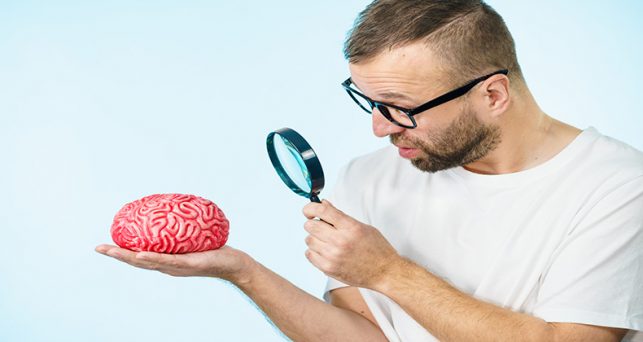 According to a well-known story, Amos Tversky, the Israeli Nobel Prize winner who pioneered the scientific study of behavioral economics, was so freakishly smart that he inspired his academic colleagues to create an intelligence test based on him. What was the test? Simple: the sooner you realize that Tversky is smarter than you, the smarter you are. Actually, the test would only be simple for those who were smart enough to understand how smart Tversky was and rather difficult for everyone else. One of the fundamental features of competence is the ability to recognize not just one’s incompetence but also other people’s competence.

Human intelligence is just like height. Some people have more of it than others. However, variations in intelligence are much harder to detect than variations in height. The main reason for this is that, unlike height, intelligence is not always correctly understood. Some see it as people skills, others as success in life or as being book smart. This explains most of the disputes about whether one person is more intelligent than another. People are often referring to different attributes.

A second reason is that no matter how someone defines intelligence, the word itself is socially and emotionally loaded. Nobody wants to be told that they’re not as smart as someone else. This is why people have always resisted scientific attempts to measure intelligence, particularly when they don’t score highly on standardized tests. We are quite defensive about the possibility that we may not be as smart as others, so we are happy to distort reality in our favor to make us seem smart–even just to ourselves. When comparing ourselves to others, we tend to look for information that discredits their intelligence and elevates ours. The less intelligent we are, the more common this is.

Regardless of whether we want to admit it, scientific studies show that we are deeply interested in knowing how smart we are as compared to others. One of the major self-matching criteria for romantic relationships—together with height—is IQ. Not that people give each other an IQ test before deciding to marry them (or report their IQ scores on Tinder), but they are still able to measure their intellectual alignment with a potential partner based on things like education, interests, speed of reasoning, and sense of humor.

Research shows that we are also very quick to evaluate other people’s intelligence. Unfortunately, such evaluations are rarely accurate because they are influenced more by self-serving biases than a desire to know how smart people really are. This is especially true when others are smarter than we are, which explains the complexity of the Tversky intelligence test.

Yet, there are clear benefits to knowing how smart we are as compared to others. We all need to determine how smart our work colleagues, employees, or bosses are in order to work more effectively and make better career choices.

So, how can you get better at evaluating people’s intelligence, and what are the signs that someone may be smarter than you (even if you don’t like it)? Here are five ways science can help.

KNOW THE MEANING OF INTELLIGENCE

At its essence, intelligence refers to the ability to learn and the speed and accuracy to process both well-defined problems and abstract concepts. It’s a measure of someone’s mental horsepower or their reasoning capacity.

While this may seem quite geeky, intelligence is extraordinarily practical, influencing every domain of life. People with higher intelligence tend to do better, not just at school and university but also at work. They are also healthier and live longer, and they tend to behave in more open-minded and rational ways. Of course,  there are always exceptions, but the general trends have been replicated more consistently than most findings in the social sciences.

Do people come up with the answer to difficult problems quickly? Or at least quicker than you do? Do they detect patterns faster than others? Do they formulate logical principles that turn apparent chaos into order? Do they learn fast?

These are the main indicators that someone is smart, perhaps even smarter than you. Just use yourself as a benchmark, and compare the other person’s ability to perform these and other mental tasks consistently faster or slower than you.

Someone who is hardworking, well-connected, emotionally stable, charismatic, fearless, brave, extroverted, and socially popular may not have high intelligence. These attributes tend to advance people’s careers, but they should not be taken as signs that they are smart. And the biggest decoy of all is confidence.

As I illustrate in my latest book, this is one of the reasons why so many incompetent men become leaders. Men aren’t necessarily smarter than women, but we mistake their confidence for competence. We are fooled by people–usually men–who have managed to fool themselves into thinking that they are smarter than they actually are. There is, indeed, a sad truth to faking it till you make it. But any society is better off if the people who succeed are genuinely smart rather than able to fake it.

UNDERSTAND THAT THERE ARE OTHER REASONS FOR SUCCESS

Even if the world were truly meritocratic, it would still mean that people would succeed for reasons other than their intelligence. Hard work, creativity, and social skills, are some of the ways people get ahead. Of course, the world is not as meritocratic as it should be, which is why many smart people are less successful than they should be. Success often comes to those with limited talent, particularly when they have the ability to fake their talent.

GET FEEDBACK FROM OTHERS

Reputation matters, especially when derived from the wisdom of crowds. While your own view of yours’ and others’ intelligence may be subjective, inaccurate, and biased, aggregating the views of different observers will generally produce a more accurate profile of someone’s intelligence. This is not to say that you can’t fool all the people some of the time, but more often than not, people will tend to have the reputation they deserve.

Recognizing the limits of your own intelligence, as well as those of others, can be a strategic advantage throughout your career. You just need to take the time to (accurately) assess it.