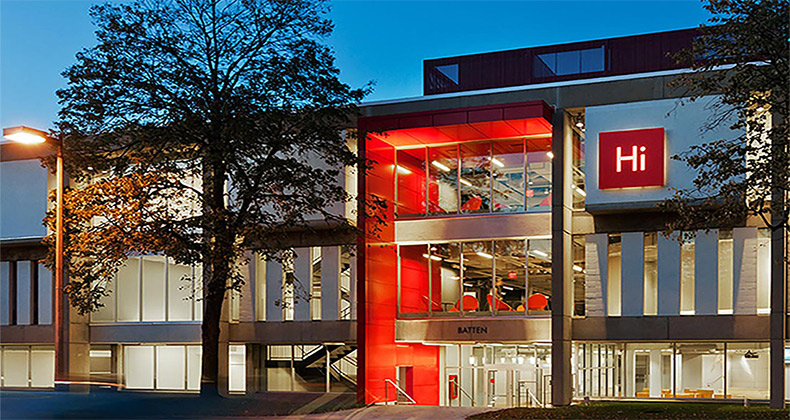 Jodi Goldstein knows a thing or two about innovation. With more than 20 years’ experience as a high-tech entrepreneur and investor with a focus on consumer technology and a stint as a venture capitalist, she’s held leadership posts at several startups, including PlanetAll, a social networking site that sold to Amazon in 1998 for more than $100 million.

Now, she heads up the Harvard Innovation Lab (I-lab), a collaboration and education space launched in 2011 to help develop students’ interest in entrepreneurship and innovation. A Harvard MBA herself, it’s her job to get students to develop bold creative ideas and bring them to fruition. She uses a cross-disciplinary approach—her bosses are the deans of all 12 schools within the university, so no pressure there—to foster new ways of thinking.

«The diversity of ideas is pretty profound,» she says. Current I-lab entrepreneurs are working on projects that range from creating snack foods from insects toimproving the lives of those in the military. The lab has been the incubator for more than 600 startups since its launch.

Over the years, Goldstein has learned some important lessons about how to create an environment where innovation thrives. Here are seven essentials.

Innovators are intellectually curious and thrive on absorbing new information that may help their ideas. The I-lab holds regular programming and has a mentoring program to help innovators learn as much as they want to learn. Even if you don’t have the benefit of the I-lab, continually seeking out the information you need and people who can teach you essential skills and information is an important part of being innovative, she says.

NARROW IS A GOOD PLACE TO START

Big ideas are great, but most of us have limited resources. Trying to be the next Amazon or Google right out of the gate is going to lead to burnout and frustration. Instead, try a more focused approach and grow from there, she says. If you want to lay the groundwork for a big idea, focus on developing one segment of it until it has strong roots. «Pick a vertical. Pick a focus area. Keep it simple,» she says.

Whether it’s in the marketplace or between peers, competition can create a sense of urgency and motivation that can spur innovation. Goldstein tells her students that finding a competitor already in the marketplace is a sign that someone else has looked into the idea and found a market for it. To succeed, they just have to do it better.

The I-lab also holds challenges where students are given a problem in the world and form teams to come up with solutions. That kind of creative exercise and working with teammates in a competitive environment can develop problem-solving skills that help innovative thinking, she says.

IDEAS ARE GREAT—BUT EXECUTION IS WHAT MATTERS

Many people can come up with a good idea. However, from the team you assemble to how your product or service will be formed, marketed, and delivered, the real opportunity for innovation lies in how you make it happen, Goldstein says.

SPEND TIME WITH PEOPLE WHO ARE DIFFERENT FROM YOU

«A diversity of backgrounds and experiences is absolutely critical,» she says. If you have a group of people who all have the same experiences, viewpoints, and backgrounds, you’re limiting the potential for innovation. The I-lab’s cross-disciplinary approach brings together people who may never have met, she says. A student with a public policy background may be working with a PhD in chemistry or a law school student. I-lab founders often say they never would have come up with their ideas or ventures if they hadn’t met people who thought differently than they did, Goldstein says.

GETTING BETTER IS MESSY

People who go to Harvard are not really used to failing, Goldstein says. She encourages them to get over it. Being creative and innovative means that you’re going to try many things that don’t work. You have to develop prototypes that aren’t right and try approaches that bomb before you get to the combination that works, she says. If you get your feelings hurt or throw in the towel because your first iteration was truly awful, you’re not going to be able to free yourself to be truly innovative.

«We do a lot around here around design thinking and human-centered design, testing early ideas with customers, really giving them the opportunity to fail fast before you spend six months or a year building a product that no one wants to buy. We work with them quite a bit on that,» she says.

When Goldstein brings in founders to speak with students, she doesn’t want them to share the «happily ever after» version of their stories—she wants to hear about what went wrong and how they handled it. You learn more from mistakes—and from hearing about mistakes—than from successes. She wants her students to know that the stories of «overnight successes» are often predicated by long periods of frustration and attempts at innovation.

«We all know too well that [immediate success] is the exception, not the rule. That’s what you end up hearing about, but that’s not reality. It’s a long slog, and it takes a lot longer than they think it’s going to be,» she says.