5 lessons for entrepreneurs from a digital disruptor 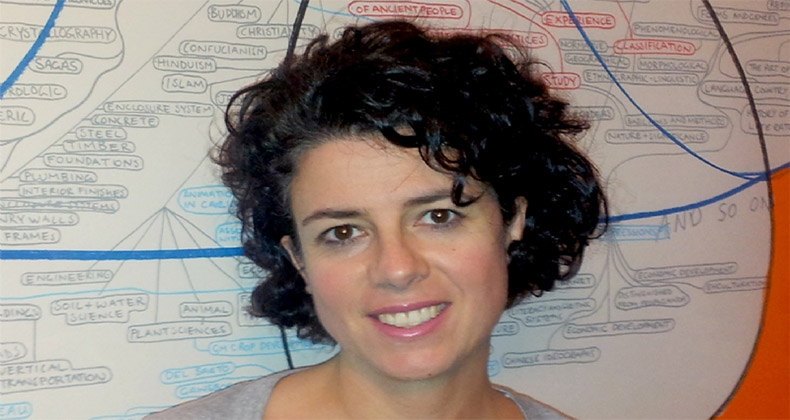 Stéphanie Delestre had a simple desire – to find a new job that would enable her to move back to her native France after four years abroad. She followed a tried and tested route – phoning up recruitment agents.

“The time and effort that it took to do that – to sign up and get all the paperwork in place – convinced me that there must be an easier way to do this,” she says.

Delestre’s fresh approach was born from the same question that has been asked through the ages: “Is there a better way?”

And so the idea for Qapa was born.

By continually questioning assumptions about how the job market worked, Delestre was able to identify inefficiencies and come up with new, better approaches.

It worked. In the last three years, Qapa has taken France by storm, and is well on its way to becoming Europe’s leading job-matching website. Every month, four million jobseekers and recruiters visit the site where 300,000 jobs are posted, and 15,000 people successfully find work. In April 2015, Delestre won the Accelerating Tech Entrepreneurs challenge at the EY Strategic Growth Forum Mediterranean.

We spoke to her about her experiences, and found five key lessons for entrepreneurs seeking better ways of working:

Some of the assumptions that Delestre challenged were fundamental – like the need for jobseekers to have a resume.

“The majority of jobs that need to be filled are blue-collar, or part-time or interim contracts,” Delestre says. “Charging employers to post ads like that – and expecting candidates to spend a long time crafting a resume and a cover letter to apply – really isn’t efficient.»

The site is now looking to help other people who can feel overwhelmed by recruiting and on-boarding new staff. She says, “Smaller businesses often find that process difficult and expensive, so we’re aiming to make it easier and allow them to hire new people in just three clicks.”

The key to Qapa’s success is its use of a matching algorithm that can search a candidate’s information and find the right jobs based on various criteria. The algorithm can match candidates to positions better than job seekers or recruiters can do themselves – and what’s more, it does it in real-time.

This, says Delestre, is the first use of big data in the recruitment space.

3. Look to the future

The plan was always to expand beyond France, Delestre explains. “When we started Qapa, we designed the software so that it could be easily adapted for a new market… the same issues that affect the job market in France are also present in other countries.”

Whereas most job sites charge employers to post ads, Qapa charges nothing up front. Employers only pay when they have successfully found someone to fill the job.

It’s a system that has worked in advertising for years – systems like pay-per-click adverts online ensure advertisers only pay when they have received some demonstrable value from their posting. Adapting the model for the job market has proved a winner. Qapa made its first profit in 2014.

5. Keep focused on your purpose

Delestre says she was pleased with her award from EY, but she wants more than recognition as a good businessperson. From the moment she started her new venture, she wanted to solve a real need.

“The best thing about being an entrepreneur and starting a business like this, and the reason I keep going even when times get tough, is the satisfaction of hearing from people who have benefited from the site and found a job. When they tell me their lives are better, that’s very satisfying.”

Is your business strategy fit for a digital world?